From online hate to offline violence : Vivek Venkatesh will moderate a panel for the UN Counter-Terrorism Week 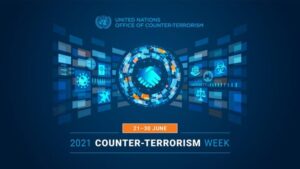 In his role as UNESCO-PREV co-chair, Vivek Venkatesh recently moderated a panel discussion as part of the United Nations 2021 Counter-Terrorism Week. Titled From online hate to offline violence: Addressing and countering hate speech and violent extremism through education in a digital world, the event brought together high-level stakeholders in government and civil society to explore the role of information literacy in countering the spread and escalation of online hate speech.

The discussion was co-organized by UNESCO, OSAPG (UN Office on Genocide Prevention and the Responsibility to Protect), OSRSG-VAC (UN Special Representative of the Secretary-General on Violence Against Children) and UNOCT (UN Office of Counter-Terrorism), in partnership with the Kingdom of Jordan and the Kingdom of Norway. Speakers included UN officials working in the fields of counter-terrorism, violence prevention and education, Facebook’s head of counterterrorism policy for the EMEA, Norway’s Minister of Justice and Jordan’s Minister Plenipotentiary. Advocating for a “whole-society” approach to the issues of hate speech and violent extremism, the speakers explored prevention efforts that both center the educational realm and extend well beyond it.

Watch the recording of the event