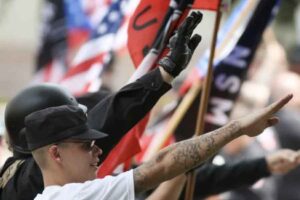 New research taps into experience of one-time extremists to better understand radicalization process. For years, Canadian authorities downplayed the danger of right-wing extremism, however, they are gradually taking it more seriously.

Canada’s ranking on the Global Terrorism Index has climbed several spots in recent editions, driven mainly by a spike in deadly right-wing violence, such as the 2017 mosque shooting in Quebec City and the 2018 van attack in Toronto.

The head of the Canadian Security Intelligence Service said last year the agency is now preoccupied by violent right-wing extremism and white supremacists, in addition to its long-standing concern with Islamist terrorism. And governments across the country are spending increasing amounts of money on research and prevention programs. But unlike other countries facing the same issue, little effort has been made in Canada to tap into the experience of former right-wing extremists themselves, to get a better understanding of how to prevent and counter radicalization.