Why do Canadians join hate groups? Concordia researchers may have part of the answer 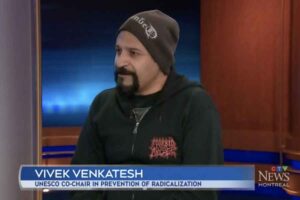 Why do people join extremist movements? Researchers at Concordia think they know part of the answer. In a study, researchers spoke to 10 people who joined radical movements.

“The pathway to radicalization isn’t necessarily something that’s very distinct,” UNESCO co-chair in prevention of radicalization Vivek Venkatesh told CTV Montreal. “One thing most of the interview participants told us about was a desolate feeling of isolation. This isolation came about because they were confronted with points of view with a certain disenfranchisement that wasn’t reflected in conversations with family members and community members. They sought out groups where these xenophobic and bigoted points of view were amplified.”