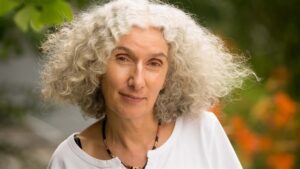 UNESCO-PREV Chair associate member Dr. Cécile Rousseau, MD, MSc, is the recipient of the 2021 Royal College Teasdale-Corti Humanitarian Award in recognition for her service and activism in the interests of refugees and victims of torture.

The award, presented by the Royal College of Physicians and Surgeons of Canada, honors Canadian physicians whose practice reflects “altruism and integrity, courage and perseverance in the alleviation of human suffering.”Dr. Rousseau is a researcher and clinical psychiatrist at the Montreal Children’s Hospital, where she directs the Transcultural Research and Intervention Team (TRIT). There, she works with migrant children and families that have lived through traumatic experiences, offering specialized services to aslym seekers and survivors of war and torture.

Dr. Rousseau is also a professor in the Department of Psychiatry at McGill University, where she is currently researching social and psychiatric factors in radicalization and clinical intervention in the domain of violent extremism. She  frequently collaborates with co-holder Ghayda Hassan, a member of this team, and other co-holders on issues of social polarization and radicalization in society.

The UNESCO-PREV Chair warmly congratulates Dr. Rousseau for her award.